Riders on the Storm

What is Juneteenth?
Juneteenth, also known as Juneteenth Independence Day or Freedom Day, is a holiday that commemorates the announcement of the abolition of slavery in Texas in June 1865, and more generally the emancipation of African-American slaves throughout the Confederate South. Celebrated on June 19, Juneteenth is recognized as a state holiday or special day of observance in most states. In practice, the Emancipation Proclamation only freed persons held in Confederate States who were either behind the Union lines or close enough to take advantage of the Union advance. Therefore, the news and practice of freeing enslaved people moved slowly. The date marks the moment when the news of the end of the Civil War and the complete emancipation of all slaves was announced in Galveston, TX on June 19, 1865, over two months after the surrender of General Lee at Appomattox Courthouse in Virginia and Two Years after President Lincoln had signed the Emancipation Proclamation and published it on January 1, 1863. We mark this moment as a Church not only as the end of the institution of American slavery, but also in the spirit of reconciliation and new life as we journey together towards togetherness and community.
Litany for Juneteenth – From the African American Heritage Hymnal
Litanist: O Lord, we celebrate your strong hand of deliverance. We have seen your grace in the midst of life’s burdens.

**Lord God of Hosts, on the anniversary of our freedom from slavery, we know that we can do all things through Christ, who strengthens us. (see Phil. 4:13)
Litanist: The Emancipation Proclamation freed African slaves in the United States on New Year’s Day in 1863. But actual freedom for the last slaves did not come until a June day two and a half years later, This Juneteenth milestone reminds us of the triumph of the human spirit.

Let us ALL pray together: (From the Book of Common Prayer)
O God, you made us in your own image and redeemed us through Jesus your Son: Look with compassion on the whole human family; take away the arrogance and hatred which infect our hearts; break down the walls that separate us; unite us in bonds of love; and work through our struggle and confusion to accomplish your purposes on earth; that, in your good time, all nations and races may serve you in harmony around your heavenly throne; through Jesus Christ our Lord. Amen.
Posted by C. Andrew Doyle at 12:52 PM No comments: 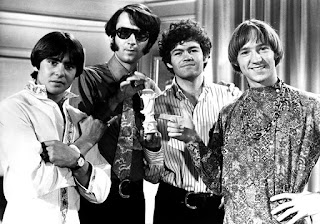 4th Sunday after Pentecost, Proper 6B