I am so very grateful for a fun conversation with Faith and Leadership with Sally Hicks.

Christtrolling: Christian Meanness - A Rule of Life We Reject 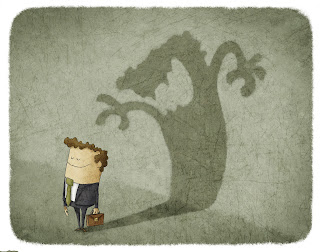 Sometimes we think that believing we are right makes us righteous. Sometimes feeling righteous gives us the feeling that we can and should say whatever we think - regardless of the consequences or the feelings of people to whom they are directed.

What does this look like? When we make jokes about people it is a way of demeaning them. When we call people names or ascribe a label to people we make them less than who they are. When we prescribe behaviors to others that we do not know they have, for the sake of bringing judgement upon them by others, is a form of dark mob mentality. Shaming people or groups of people is also a form of meanness.

Social media is a form of communication that has helped the Christian Church with evangelism and telling our story. It is blossoming and growing.

Christian social media also has a dark side. The dark side of media is that it allows us to anonymously and not-so-anonymously say and do things which are mean with very little social accountability. It can give voice to a minority which is a good thing. At the same time it can also give an appearance of a higher authority to voices which may be untruthful or mean spirited. It can create what are called "dark mobs." This is when people ban together in groups and shame and harass others online for their opinions and beliefs.

This is a kind of "troll" like behavior at its worst. Liberals and conservative Christians pop onto someone else's page or into someone else's twitter stream and accuse them of all manner of things. In real life, even among other interfaith friendships, we typically monitor our behavior and words. Online we are a culture that has become free to say what we are thinking and it is mean and uncivilized.

When we participate by doing these things we are being unrighteous and we are destroying the character of God's creatures. When we listen or "like" these behaviors, when we allow them to hang on our blogs and on our Facebook pages, and say nothing we allow our silent approval to give these statements power. Feeding the Christtrolls isn't any better. Sometimes they simply have to be deleted from the feed and sometimes in extreme cases they have to be unfriended or blocked.

We have to treat our cyber worlds and cyber church communities the same way we treat our real life communities. We must maintain a standard of behavior that is Christ like. If you are a Christian you are called to live a Christ like life all week long in the "real world" not just on Sunday; and in cyberspace.

Some people call this bullying behavior (cyber bullying) when it is on line. We are all against this of course - as we should be. Most people who engage in Christian Meanness would not believe they are being bullies at all - because they think they have the right to say what they want to whom ever they want. Let me be clear, Christian Meanness is an equal opportunity abuser and is a sin - even when it happens online.

Christianity is always at its worst when it is pointing its finger at others instead of individually walking by the faith we have received. I am not here talking about civil discourse or the importance of taking our place at the table to discuss deep issues upon which we are deeply committed. Christtrolling, cyber bullying, and Christian Meanness masquerades as righteousness and it is not. It is not conversation or Christian listening.

I can promise you that over the last ten days in the wake of events in our nation around the Supreme Court ruling and the events at the Episcopal General Convention I have been on the receiving end of Christian Meanness from every side.

Christian Meanness destroys our evangelism efforts. It hurts people. It ascribes to God meanness which is out of sync with our witness to a God of love.

So, what is a Christian to do?

A friend reminded me of a wonderful book by Richard J. Mouw entitled: Uncommon Decency, Christian Civility in a Uncivil World. (You can purchase the book here.)  In this book Mouw reminds us that true righteousness comes from modeling outwardly what we experience inwardly of the life of God.

I actually heard a priest tell me once that he did not believe that "kindness" was a Christian virtue. I disagree. I believe, like Mouw, that Christian kindness and courtesy is a revelation of our inner commitment to God to treat one another as neighbor.

Mouw reminds us that this is not some kind of relativism. Instead it is holding our faith, belief, and clear convictions as our own and at the same time being inquisitive and admiring of those of another. Christian Meanness is easy. Christian kindness is hard because it requires us spiritually to admire the other person (gay, lesbian, transgender, heterosexual, conservative, liberal, republican, democrat, muslim, jew, man, woman) as a creation of God. (p22)

When we do this we are actually imitating the divine character of God. God is gentle slow to anger and abounding in steadfast love and faithfulness. (Psalm 86.15) Christians are called to imitate God and God's embrace of humanity and creation. We are to reveal in our actions the actions of God in Christ Jesus.

Church, above all else, is the primary center for practicing this behavior. How can we ever expect to share the love of God with others if we cannot model and reveal it online, and in person, through our words to others within and without our own church. (p35)


Author Richard Beck in an interesting book entitled: Unclean - Meditations on Purity, Hospitality, and Mortality offers some insights into this behavior. (You can buy the book here.) Beck believes that we are very protective of our tribes, families, belief system, and communities. We are very protective of our church - whatever/whoever we believe our church is.  And, that deep inside our ancient DNA psyche we still believe and act out the reality of the ancient myth that those who are outside of our tribe/family/community/church are monsters. This is the very nature of what it means to incarnate for us the notion that they are "other" than our selves. They are some other race, some other color, some other belief system - literally from some other world. The mythic battle is the predisposition, Beck offers, to shun and rebuke the "other."  To truly welcome the stranger, to truly open up our hearts to another, to be neighbor to those we don't believe deserve our neighborliness is to overcome our predisposition to shun and hurt the other.

I believe this is so deeply engrained in us that it empowers boldness where there is no accountability and gives implicit permission for us to destroy others.

We are to be at work healing history, living with difference, celebrating diversity and building together a peaceful commons in which all people can live. This is the work of reconciliation.

Mouw suggests that we model Christian Civility instead of Christian meanness by exhibiting these behaviors: empathy, curiosity, teachability, learning from unbelief/where we disagree, and opening ourselves up to see where the lines are blurred. Here is where we discover not only the other person for who they are but we also discover where God may be speaking to us and seeking to help us find healing. (p58ff)

To do this Mouw says we must zealously stay together, seek peace despite our disagreements, go deep into spiritual prayer, cultivate a spirit of appreciation for others instead of being threatened by them, and make room for others within our family, friendship, and community circles. (p68ff)
It is actually possible to hold deeply held beliefs and be in conflict with our neighbor and at the same time not embody Christian Meanness or to partake in Christtrolling. The two statements by the House of Bishops are wonderful examples of a Christian community holding together despite great difference. You can read the statements here: Minority Statement and Mind of the House Statement.

Jesus was prophetic, yes. He was prophetic against all those who were mean and tried to shut people out of God's house. This is why they killed him. He opened up religion and opened up the heavens by giving away power, love, and himself.